Health and sustainability are coming together in powerful ways. 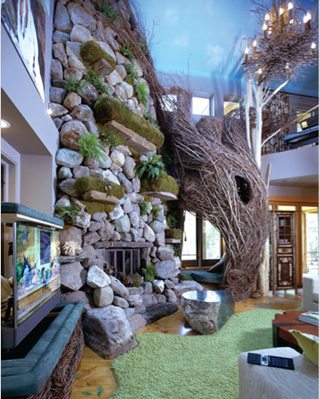 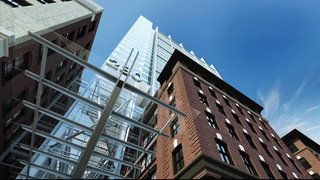 Great Escapes: New Designs for Home Theaters by Theo Kalomirakis
The stories behind the making of the world’s most lavish home theaters.

Abraham Lincoln and the Power of Storytelling 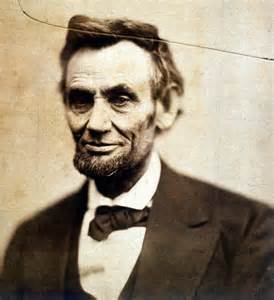 Abraham Lincoln died 150 years ago today. He is considered many things: the greatest U.S. president, a martyr, a savior, Jesus figure, down-home lawyer, master politician and strategist. But perhaps his greatest gift and the one we should remember him by was his power as a storyteller.

Do you know that he liked popcorn? And bowling? And that he absolutely loved to tell stories and jokes? Storytelling was perhaps his finest talent.

Friends and acquaintances of Lincoln recall how he would often say, “That reminds me of a story,” and launch into a humorous or revealing anecdote. As he started talking, his sad features disappeared and his face lit up, and when he laughed, it was like a horse’s neigh and he would lift his knee and slap his thigh in hilarity. This guy was FUN to be around.

He could tell stories about anything, and he had a particular knack for finding just the right anecdote to illustrate his point. In a famous incident, near the end of the Civil War, General William Tecumseh Sherman asked Lincoln what should be done with Confederate leaders such as the Confederate President, Jefferson Davis, who was on the run. The Army needed to know whether to pursue and capture Davis. But Lincoln did not want this. Yet he could not publicly declare it. So Lincoln turned to Sherman and said, “That reminds me of story, and related a tale about a man who had taken a pledge against drinking. The man, said Lincoln, was offered a drink at a friend’s house. The man declined, on account of his pledge, so his friend offered him lemonade instead. Then the host mentioned that the lemonade would be a bit more palatable if he were to pour some brandy in it. The man said that if his host were to do that unbeknownst (or unknown) to him, then … he could not object. Sherman immediately grasped the meaning of Lincoln’s story—that the army was to let Jefferson Davis escape, unbeknownst to the president. What a clever way of saying something that he really could not say.

Lincoln learned the art of storytelling as a youth. His father was an illiterate laborer, who forced young Abraham to work the fields. Lincoln did not like his father, who found no reason for books and learning. Yet young Abraham listened intently as his father’s friends and passers-by related stories by the fence post and the fireside—and he absorbed the skills of telling a good yarn.

Later, after he became a lawyer, he traveled for months at a time, on a circuit, with other lawyers and a judge, from settlement to settlement, settling disputes. It was a sort of traveling courthouse. Not only did this provide Lincoln with invaluable experience as a lawyer and a growing network of people who knew and trusted him, it offered him countless opportunities as a storyteller. According to Judge David Davis, Lincoln never failed to produce joy and hilarity on the circuit.

One of his favorite stories during this time was about the Revolutionary War hero Ethan Allen, who traveled to Britain after the war, where he was subjected to endless taunting. The Brits even hung a portrait of George Washington in the outhouse. According to Lincoln, though, Ethan Allen told his hosts he thought it a most appropriate place for the portrait, because nothing could make a Brit shit quicker than the sight of General Washington.

Abraham Lincoln could be profane, and according to sources was quite adept at telling the filthiest of jokes. We won’t go into those here, but suffice it to say that he often dispensed great pearls of wisdom with his wit, which at times could be quite cutting.

On white people who argued in favor of slavery, he said, “I am in favor of giving the them the opportunity to try it on for themselves.”

On reports of the drinking of Ulysses S. Grant, by far Lincoln’s most successful general, after Lincoln had suffered a string of incompetent generals, Lincoln said, “So Grant gets drunk, does he? You needn’t waste time finding proof. You just find out, to oblige me, what brand of whiskey Grant drinks, because I want to send a barrel of it to each of my other generals.”

There was also a dark side to Lincoln’s humor. Throughout his life he suffered from melancholy, as they called it then, or what we today know as depression. He laughed, he explained, so he would not weep.

Yet it was his storytelling that made it possible for this man to rise from a life as a common field hand to become perhaps the greatest American we may ever know.

The photo above is the last one taken of Abraham Lincoln. It was taken shortly before his death. You can see how haggard he looked. The stress of the war and the death of his son, Willie, had weighed tremendously on him. He was all of 56 years old, yet he looked like a much older man, even for that time. But this photo is very different in another way. All other of the photos of Lincoln show a stern, stoic facade—because in those early days of photography the subject had to hold very still for long exposures. Yet in this photo he allows himself the slightest grin, as if he knows something. You can almost see the weight of the war finally lifting from him, and I wonder what he thought. I like to imagine that someone has just said something, and Abraham Lincoln about to say, “That reminds me of a story.”